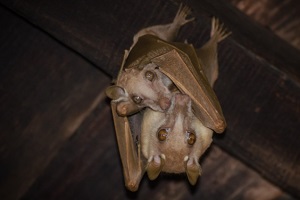 Pests of any sort are an inconvenience, even for people with a fondness for animals and who would like to see them taken care of as much as possible. However, when those animals come to roost in your home, the issue is more severe than a mere inconvenience and can pose direct health problems to residents, as well as risking damage to the building. For these reasons, you must remove pests as quickly as possible after you notice them, and bats are no different. If you are wondering whether you can attempt to remove bats on your own, be sure that you have the information that you need ahead of time.

How To Confirm That Bats Are In Your Home

The first step whenever you feel that you may have unwanted visitors in your home is to confirm which animal is populating your property. If you suspect bats, your first indication can be the smell. Bat droppings, called guano, have a very distinct ammonia smell that you may be noticing around your home.

Additionally, it is a common misconception that bats’ echolocation abilities exceed the capabilities of the human ear; you will still hear squeaking if they are nearby. Dead bats around your property are another indicator that a colony has taken up residence in your home. Generally, if you have confirmed the presence of one bat in your home, there are likely more, as they are using your location to raise their young.

Can You Get Rid Of Bats Yourself?

The short answer is yes, you can attempt bat removal on your own. However, it is vital that you properly strategize and use only approved methods before you attempt any sort of bat removal DIY project. Failure to do so could result in severe consequences for both your health and the long-term structural integrity of your property after an infestation has occurred.

Bats are the animal that most frequently gives rabies to humans, so any attempt to rid your home of bats must be approached with extreme caution. As many as 70% of all people who die as a result of rabies contracted it from bats, often because bat bites are not painful due to their sharp teeth, resulting in the affected individual failing to notice and seek medical attention. Also keep in mind that as environmental helpers, bats are protected and cannot be killed legally. You should never use poison or attempt to destroy the animal.

One of the best ways to remove bats from wherever in your home they are roosting is to increase the discomfort that they feel. They have selected your home because it is an appealing living environment, and you can control the factors that make it seem so. LED spotlights and strip lights can be installed in the areas where you believe the infestation to be, in addition to heaters to raise the temperature of the space to at least 100 degrees. This will make the roost unappealing for bats. Be sure to do this safely.

Bats have keen senses, which means that their sense of smell can play a big role in whether they remain in a certain location. Cinnamon, peppermint, clove, mint, and eucalyptus are all smells that they struggle to tolerate. You can dissolve essential oils into a spray bottle and spray their roosting area to encourage them to leave. 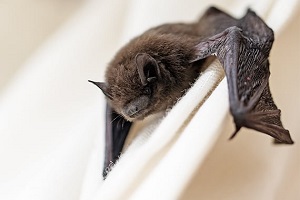 Like many animals, bats can hear frequencies that humans cannot. Ultrasonic bat repellant systems exist to emit sound waves that are agitating to bats, prompting them to seek an area further away from the source of the noise. You can purchase a repellent system that is powered by batteries, solar and more so that the system can be used where needed, and it will not bother the human occupants of the house.

Transitioning To A Bat House

If the area around your house is too inviting, even the best repellant could be a temporary measure. Instead, you could invest in a dedicated bat house to encourage the animals to nest at a more desired location outside. This also supports the environment.

Whether you are sure that you have bats in your home or you are experiencing pest problems of an unidentified nature, you do not need to approach removal on your own—and often, doing so can be dangerous. The experts at Spartan Animal and Pest Control can tackle this project for you so that you can get back to enjoying the comfort of your own home. Reach out to learn more or to schedule an appointment.

If you have any questions about animal and/or pest control, reach out to us, and we will respond as soon as possible.

Chelsea F
14:21 16 Nov 22
Very professional I called for an appointment he was here the next day with everything needed. He understood how petrified I was over the rodent issue we were hearing in our walls. He was able to find and close up any possible outside entrances and placed outside poison and baits inside with more poison. He came 3 more times for check up and addressed my concerns and knock on wood he was right nothing has returned since. His work and prices are so worth it.

Elaine DaCosta
17:24 24 Oct 22
Corey showed up at the appointed time. Very friendly and thorough. He answered all the questions that I had. He explained to me exactly what he was doing and why. I’m very happy with the service.

Anne Rymszewicz
20:19 14 Sep 22
I Called Corey Tuesday evening and he was here at 9:30 the next morning for a wasp problem in and out of our home. This is our second time using him as the first time was for a mice issue and after his visit, we have been mice free for well over a year now. His knowledge of these critters is amazing, knowing their detailed habits. Wishing I could give a rating over 5 Stars. Look no further for any time if removal of extermination - you will find no better person for the job.

Beth Squires
22:34 24 Aug 22
Corey was excellent! He is responsive, professional, and honest. His prices are much better than other local pest services. I would highly recommend!

Linda D
02:58 21 Aug 22
Corey was punctual and polite.He explained the procedure then eradicated the problem. I highly recommend this company.

Heidi Stucki
10:37 12 Aug 22
Punctual and a reasonable price, I would recommend Spartan to family and friends!

Michael Duclos
21:09 03 Aug 22
I had a wasp nest somewhere below my deck, bothering the family in the swimming pool. No way I was attempting to find the nest myself without a bee suit and flamethrower, so I called Corey at Spartan. He went under there armed with only a flashlight, found the nest and took care of it! Not only was he prompt, fast, efficient and effective, but the guy had guts of steel. Hoping to never encounter any more killer bees, rabid raccoons, attacking ants, or any other predators, but if I do, I’m glad I know I got Corey on my side!

Randy Lauderdale
16:31 13 Jul 22
Called Corey on Sunday about a yellow jacket nest removal. He go right back to us on Sunday! Set up appointment. Corey confirmed and showed up right on time and quickly took care of the nest. Great service! Highly recommended

BILLY ARNOLD
19:49 10 Jun 22
As usual, Corey was on time and very conscience. He checked for the problem and got right to work on the solution immediately. I'll always call Spartan for any pest control needs.

Kawaii Kristina
18:57 07 Apr 22
We had a squirrel running around the attic and walls of our new home. After calling a few pest control places in the area, we decided on Spartan Pest Control as they had the most reasonable price, and fast friendly customer service. The owner is extremely personable, polite, and thorough. He uses humane traps, and guarantees his work for 3 years. I would definitely use them again!

Lisa Geraghty
19:01 03 Feb 22
Corey is so friendly and professional. His rates are fair. We had bats and mice to contend with and he was very thorough. I would highly recommend Spartan Pest Control. It was an absolute pleasure dealing with Corey.

Jennifer Zall
01:20 31 Jul 21
Corey is very responsive, professional and friendly. We needed help getting rid of carpenter ants, spiders and a sizable wasps nest. He came right out and took care of all that for us. I highly recommend him for all animal and pest needs! We are very happy with his services.

Joanne Bento
16:26 13 Jul 21
Corey did an outstanding job at trapping a rat in my garden. Was trapped within 4 hours of him setting the trap. Very knowledgeable about wildlife. Highly recommend him.

David Barrett
19:52 26 May 21
I cannot recommend Spartan Animal and Pest Control high enough. Cory, the owner, was very professional, articulate and extremely knowledgeable. He did a superb job. Spartan also installs chimney caps and I had my chimneys capped as well. I hope I never have a pest problem again but if I do I will call Spartan without hesitation.

Lee Marie
21:48 23 Mar 21
Prompt, efficient, personable.We had a pretty bad squirrel problem, and they got rid of them all. What i really liked was that they use humane means.I would definitely use them again.

Michael Brangwynne
21:33 07 Dec 20
Outstanding job. Moved his schedule around to come sooner than later. Very good businessman that was very professional and worked fast. Very knowledgeable and explained what he was doing with the service as he did it. Very reasonable price and overall great experience. Highly recommend.
See All Reviews Write a review